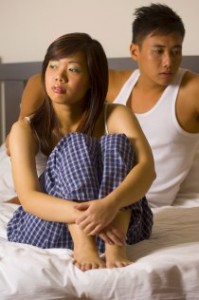 Wendy Chang is an experienced staff writer and an expert at giving our readers relationship and dating advice.